HUMANS aren’t the only ones who suffer from stinky feet as bumblebees too have smelly feet, scientists revealed on Tuesday.

I was just going to post about that, mine is from a different article. 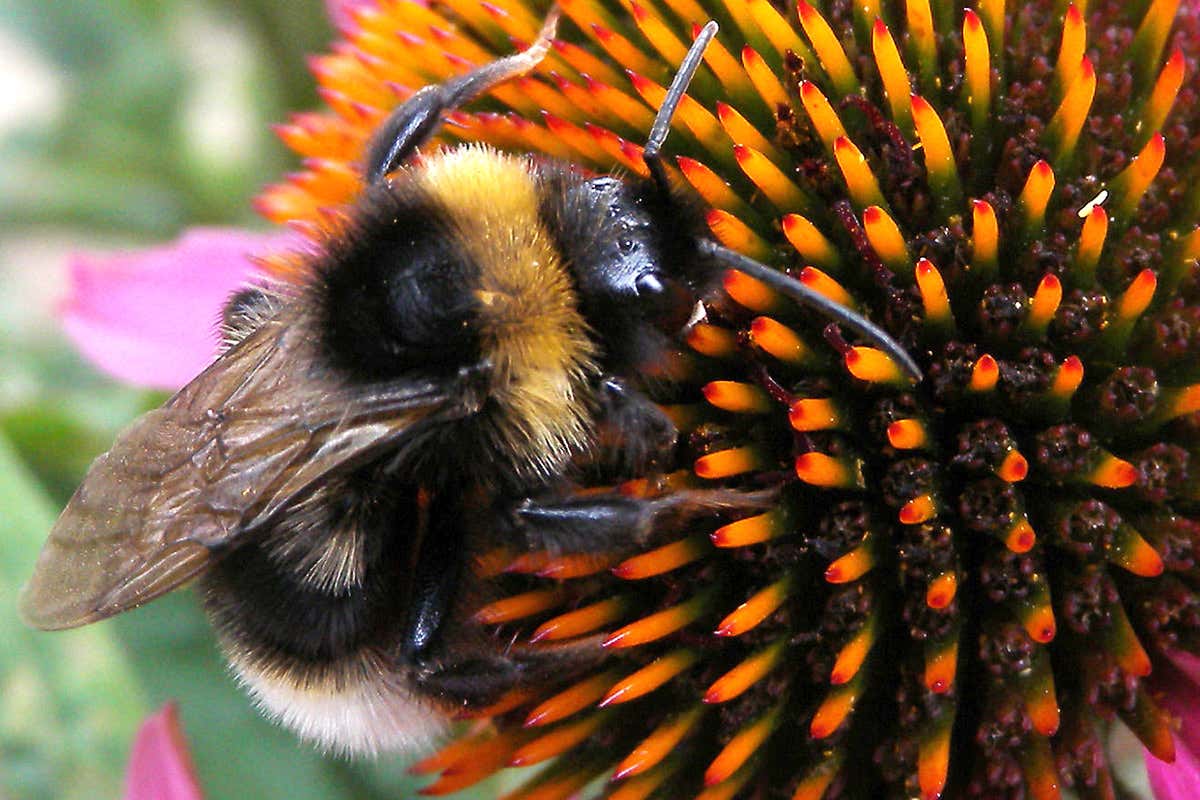 Bumblebees can tell who visited flowers by smelly footprints

The bees leave fragrant footprints on flowers and can tell the difference between their own footprint scent and that of other bees, which may help them hunt for food more efficiently

Smelly footprints left by bumblebees can help them find good sources of food.

The insects secrete invisible markers when they touch their feet on a surface, which can be detected by themselves and other bumblebees.

Researchers from the University of Bristol, in the UK, found that bees can distinguish between their own scent, the scent of a relative and that of a stranger.

This ability can be used to improve their success at finding good sources of food and avoiding flowers that have already been visited and mined of nutrients.

Bee fingerprints
“Bumblebees secrete a substance whenever they touch their feet to a surface, much like us leaving fingerprints on whatever we touch,” says the lead author, Richard Pearce. “Marks of this invisible substance can be detected by themselves and other bumblebees, and are referred to as scent-marks.”

“We performed three separate experiments with bumblebees, where they were repeatedly exposed to rewarding and unrewarding flowers simultaneously that had footprints from different bees attached to them.”

In the study, each flower type carried scent-marks from bumblebees – either from them, sisters from their nest or strangers from another nest – or were unmarked.

The bees were able to distinguish between these four flower types, showing that bees can tell marks of their own nests from strangers but also can discriminate between the smell of their own footprints and those of their nest mate sisters.

“This is the first time it has been shown that bumblebees can tell the difference between their scent and the scent of their family members,” Pearce says. “This ability could help them to remember which flowers they have visited recently.”

“Bumblebees are flexible learners and, as we have discovered, can detect whether or not it is they or a different bumblebee that has visited a flower recently,” he says. “These impressive abilities allow them to be cleverer in their search for food, which will help them to be more successful.”

Those Bumble Bees are smart little girls. Not sure I’d want a reputation of stinky feet !

Now if someone could only get them to colonize n collect nectar like their cousin the honeybee we might be in FAT CITY. Not sure a queen excluder would be helpful with the sportsmen Bumble Bee.

Interesting study n find young lady … Now back to getting the last coat of Tong Oil on my last 8 frame I plan on doing this pre-season.

Sneaky photo of a yummy-looking dinner, Jerry! Any honey in that?

Yip ! I added a swirl of amber sweetness to the BBQ Sauce so it might qualify as a forum pix !

. Plus I was making it for my Honey

nice! My neighbor used to BBQ for me, his secret sauce is BBQ sauce, garlic, and honey.

Grandpa, looks like you are one step closer to produce “Henry’s Humdingers” sauce