I captured a very large swarm hive and all summer it was super productive and by fall had filled a honey super for winter. This hive showed no signs of mites all summer. When I placed a moisture quilt on the hive to prepare for winter two weeks ago all seemed fine given the activity and continued honey buildup. Today though the hive is empty except for about 500 dead bees at the bottom. There is at least 40 lbs of capped honey and no sign of disease or mold on the frames. No sign of brood cells though and I noticed while the other hive had lots of pollen foraging these bees were doing little of that in the last month. Do you think the hive went queen-less and the bees just took off? The hive had to have at least 40,000 bees two months ago. I’m at a loss to understand what went wrong.

So sorry for your loss.

What were your varroa counts? I don’t mean eyeballing bees for them, I mean sugar shake or alcohol wash. If you don’t know and didn’t treat, I would suspect varroa. This article is very good and tells you what to look for in a dead hive:

I treated varroa in my other hive because I had clear evidence of them but in this hive I didn’t even see a single mite on the sticky bottom tray, nor did I see any on the bees. Thanks for the article though. The fact that most bees just disappeared or left without winter stores makes it seem more mysterious.

Dawn, I did see about 60 mites on bottom board which had to be very recent. I only saw one mite on 60 bee bodies I inspected though. Can you see anything more suspicious in these pics of brood box frames which all looked the same to me? The honey super as I said was full of capped honey too. 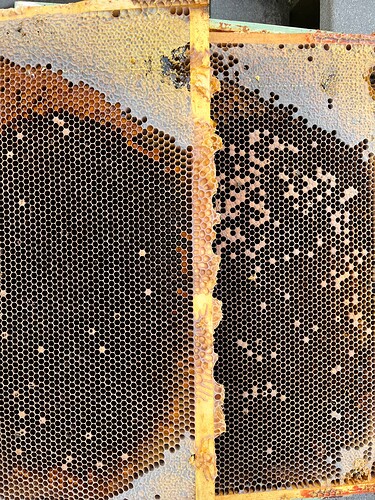 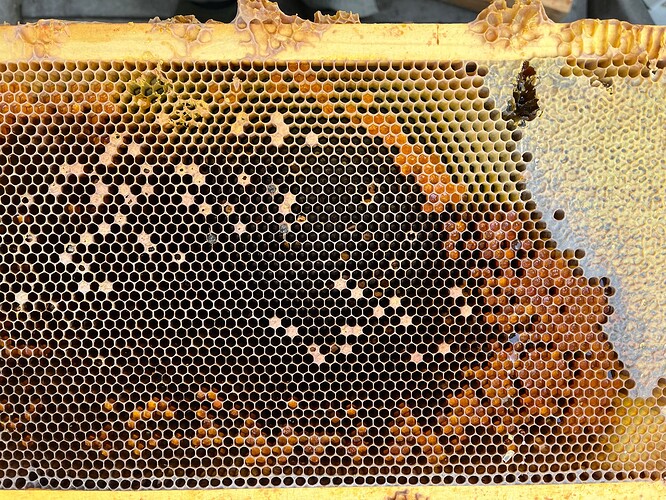 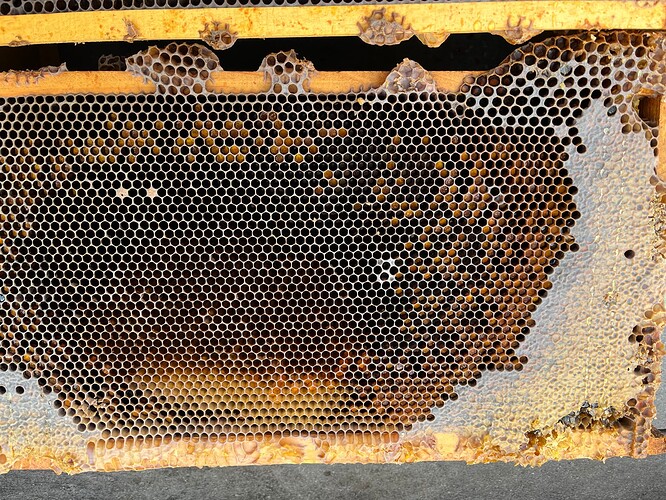 Sticky board and bottom board counts are notoriously unreliable, unless you do an “accelerated mite drop” count, using an oxalic acid vaporizer and count the drop during exactly 24 hours after the treatment. Just using drops over long periods, with nothing to induce the mites to drop is almost meaningless. Sorry.

It is old knowledge, and we now know better from research by many people, including such as Randy Oliver.

I would still suggest carefully studying the article I linked above. Unfortunately I can’t zoom in enough on your photos, nor get the correct angle to look for varroa droppings. I wish I could help more!

It’s a bummer, but the truth is that there’s no escape from varroa here in the US (and most other parts of the world).

Here’s a helpful video from Betterbee’s October newsletter to check out along with the articles @Dawn_SD shared: 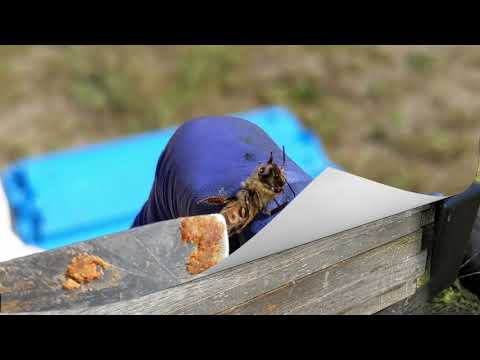 Dawn, I agree with you. I had thought there was a natural break in mites for this colony due to it being a swarm without any comb in the hive, but it could be by the end of the summer mites came in.