I am uncertain how to proceed, and am asking those beekeepers wiser than myself for help.

This is my second year beekeeping, but I have yet to have a hive to overwinter. This is new. We live in Dallas, Texas. The Michael Bush/natural beekeeping methods appeal to me and I am trying to apply them as best a newbie can.

A bit of history.

We found a very small (we know now) swarm last March in our water meter box, which we put into our new flow hive brood box. They did fine until July when they were sadly knocked out by wax moths (seen) and probably something else (unseen). Wasps and fire ants were also a problem. There were too few bees we understand now in hindsight.

This year we caught a swarm in March off a neighbor’s peach tree that swarmed and left after a month. Due to complications with the original comb not staying on the frames and too much meddling my me to get them in the right place. along with various mistakes along the way we learned from.

In April we were lucky enough to find another neighbor who wanted rid of a huge post-swarm hive in their water box with way more bees than we had ever had before. We were able to wire in the existing comb using the wire mesh method which worked way better than the previous attempt. The bees were happy and had no pests, which was great compared to our first hives, which were small. They filled the hive to 60% and then disaster struck. We had a windstorm that blew the roof clean off the hive and almost blew the box off the table we have it sitting on, so we used ratcheting straps to tie the hive down during the week of windy weather. Then we came by with the riding lawnmower and caught a dangling strap with the blades, dragging the beehive with us for 10 feet. angry bees! amazingly my un-bee-suited husband got inside without a sting, but the the hive was broken mildly. We uprighted it and left them alone as they were angry. We gave them a week due to our experience with bees swarming when meddled with too much by us all at once. A week later we added braces for the wind issue and nailed the broken bits back together. Again, we left them alone awhile so they would not leave. When the time came for a normal inspection after all the repairs, we found much burr comb. This is where we stand now. I could fix it all and straighten it out, but I am afraid to do so before winter. Perhaps waiting until spring and letting them live with comb that is fine by them is best this late in the year. We can’t get too good a look at the hive due to not wanting to break their comb to bits, but the bees seem to have filled the hive to 100% or close to it. We have never added the flow super and are reluctant to do so now because it is so late. The bees have been bearding heavily (photo attached) and I am afraid they do not have enough room and will swarm. We would love to hear suggestions. Just as a preface, I prefer not to use foundation or feed sugar and am fine with not taking honey as long as the bees survive. I look at this as a bee husbandry/homesteading and not as production, just to explain where I’m coming from as far as goals. Thanks for reading, and I look forward to your insights.

Oh wow Sarah, you have learned lots of lessons there. It’s the best way we learn. It’s sad you don’t want to go with foundation. Properly fitted wax foundation, I feel is the best way to go.

If you are worried about your bees not having enough room, but feel that another super will be too much, a good idea would be to make up a migratory lid with about a 2 inch bee cavity. Use it in conjunction with a vinyl mat that has all round bee space.

You will be surprised to know that a lid like that will survive high winds because the bees will propolize it down. No need for any ratchet straps.

I think I would suggest to leave the brood as it is until spring. What I would also suggest is to keep the hive well insulated, including the floor over winter.

When hiving a weak colony, may I suggest to confine the colony to one side of the super using a follower board, coupled with a greatly reduced entrance.

Good luck with whatever you decide to do, cheers

I am also afraid that in Idaho, one box will not have enough food for them for winter. I believe that @Michael_Bush runs triple mediums (equivalent of 2 deeps) for his bees overwinter, and has been know to feed when needed. Better to feed than let the colony starve overwinter. For next year, I would expand to 2 deep brood boxes.

I agree with @JeffH, with your climate, I would consider insulating the hive and adding a roof moisture quilt to minimize condensation dripping on clustered bees. With a small colony, this could make a big difference. Rusty Burlew has simple instructions on how to make one yourself here: 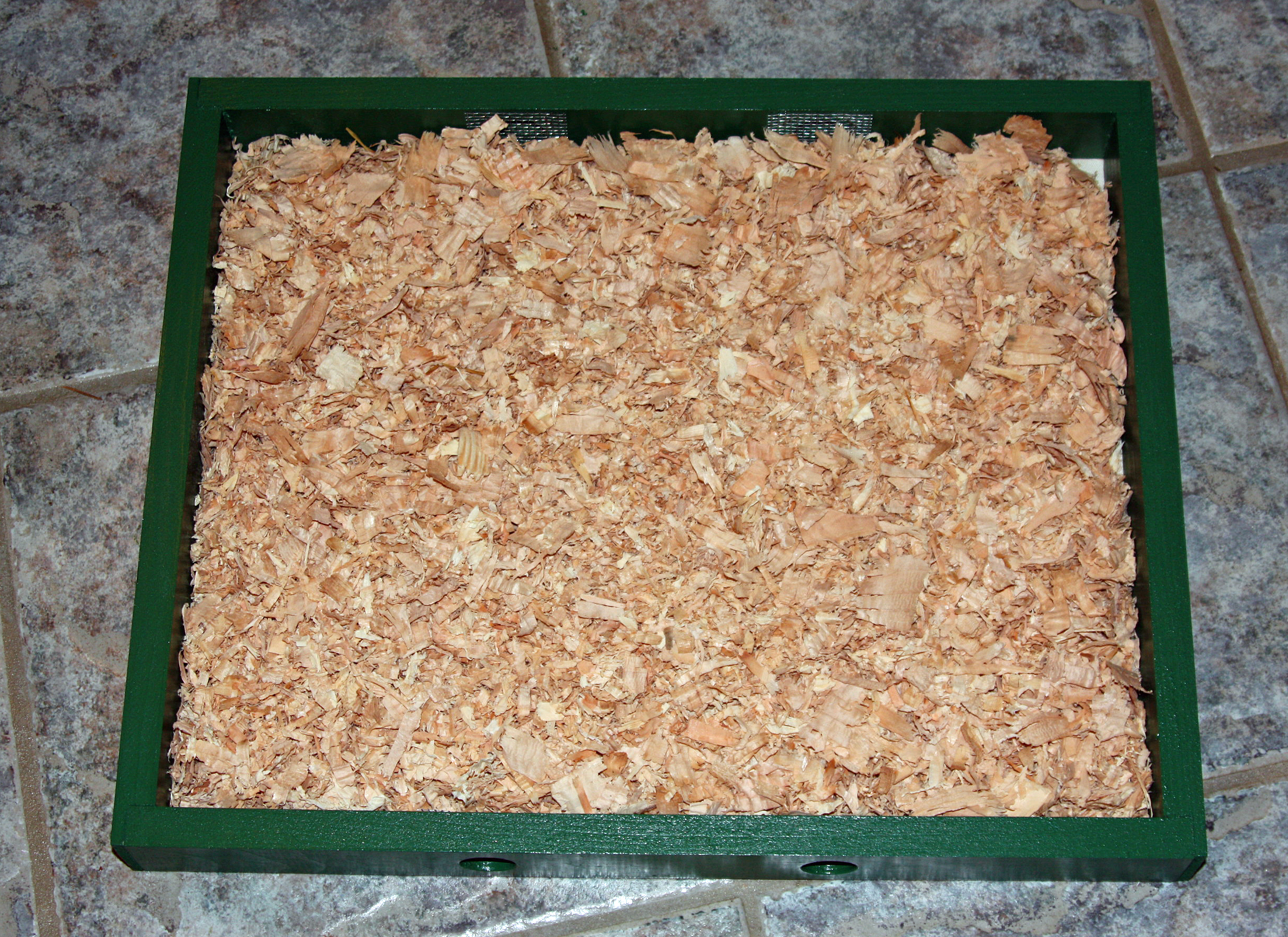 For years I tried to reduce moisture accumulation in my wintering hives. Then, after much reading about Warré hives, I decided to modify a Warré-style moisture quilt box into something that might work on my Langstroths here in the Pacific North [...]

I would also make sure they are sheltered from cold winter winds, and if you get ever get deep snow or there is a risk of snow drifts, a small upper entrance might be helpful too.