Beware of Cheap Chinese Wax Foundation - Bees don't like it

I was recently given a heap of old bee boxes, bottom boards & lids, which I’m still working on, with a few lids & bottom boards restored & freshly painted that are already put to use.

There was also a package of 30 sheets of small cell foundation, marked from China, which didn’t smell at all like beeswax.

I fitted 10 sheets to frames, before placing the odd one in honey supers. I placed one in the brood box of a colony that I rescued from a fertilizer bin.

These two photos show how much the bees dislike the foundation. 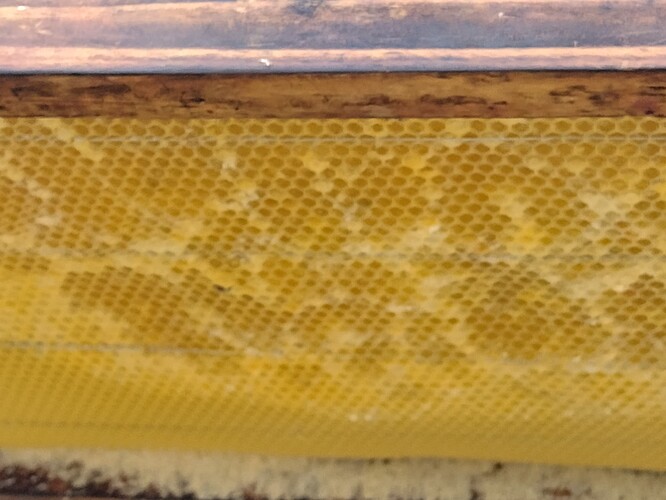 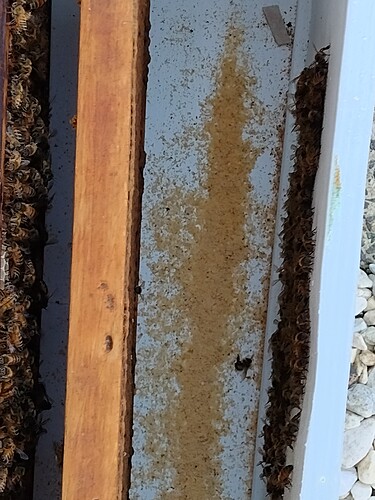 This photo shows how the bees build on it. 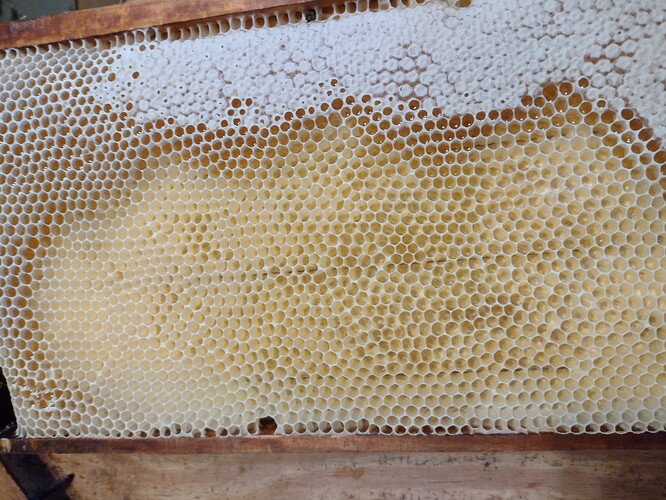 The other 20 sheets will go into land fill.

You could make them into candles, or use them to help start your smoker… I bet they are mostly paraffin wax

Thank you Dawn, that’s a great idea, the smoker starter, that is. I should hang onto them in case someone wants to make some candles.

Hi Jeff,
We were just discussing these at our club meeting on the weekend - thanks for the insight and confirming our hesitations!
Would you mind sharing where/who you purchased it from?
Ta

Hi Frey, it was given to me with a heap of other beekeeping gear. All I know is the box was covered in Chinese writing.

The box felt really light, I was surprised to find 30 sheets that weighed 1.5 kg. Normally beeswax sheets run at between 12-15 sheets per kilo, with 15 to the kilo being quite thin & sometimes challenging to embed into the wires.

These Chinese ones were easy to embed the wires into, despite the lightness, however it’s not much good if the bees wont draw the comb properly.

I think what happened was that the bees chewed so much of the wax away, they removed the worker comb profile, which resulted in a mixture of worker, drone & sizes in between comb. I imagine, if such comb were left in a brood box, the poor queen’s head would be spinning.

A lot of the cells are actually pointing downwards, instead of upwards, like they should be.

Hi Dawn, I tried one sheet for lighting the smoker, which didn’t work very well, compared to what I’m already using.

That left me with 19. We put them on Marketplace as “wax foundation sheets for candle making”, for a $ each. Out of the blue someone wanted them for beekeeping. After strongly advising that bees don’t like them, the bloke still bought them. I even showed him the photos on this thread.