The varroa mite here in the Newcastle area has meant the loss of many hives, mine among them. I’ve been an occasional contributor to the forum in the last few years, so here’s a bit of my bee history and where it’s ending for me. 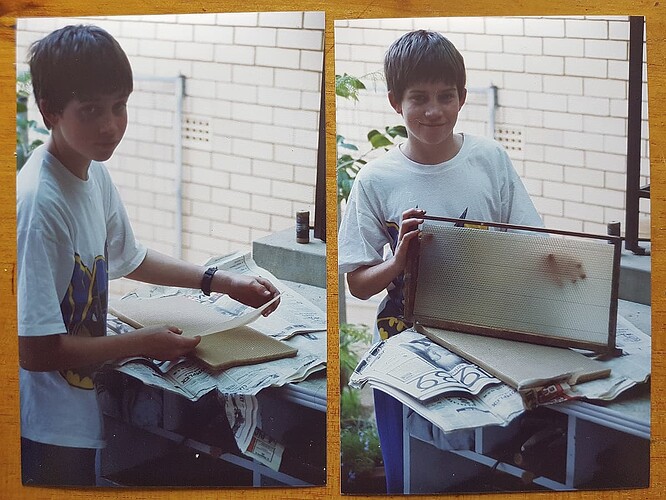 A friend rang me with news of a swarm in his yard so we went to collect it. Sam with the gloves and the friend’s son in front. They were captivated with how calm the bees were. 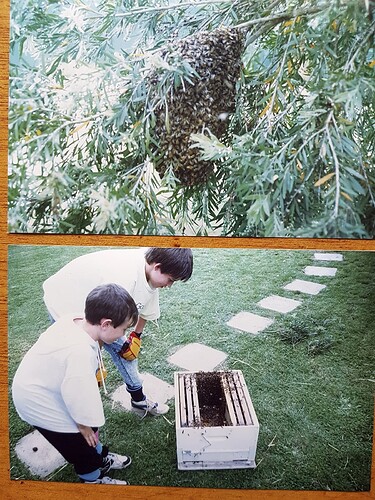 Unfortunately we lost the hive, along with many other people, in a prolonged drought. Fast forward to a few years ago and the Flowhive appeared. I’d just retired and got ‘bee-ing’ again. 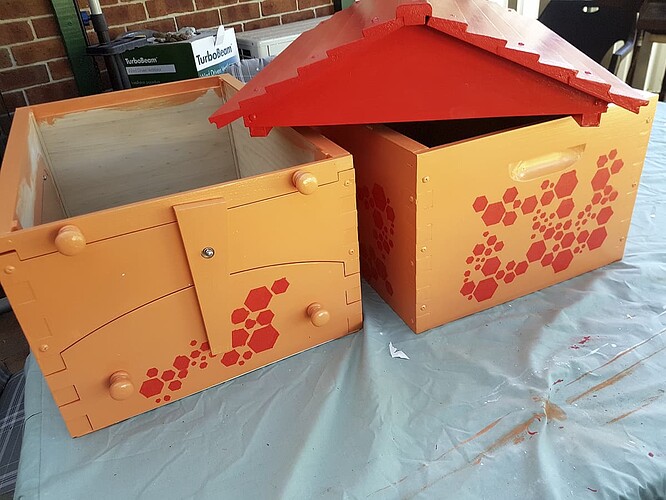 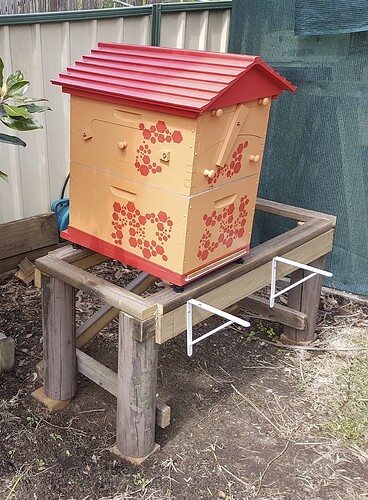 A year later and I did a split for a second hive. These have kept family and friends in honey since then. The setup with the extraction tubes makes it very easy. A three kg tub per frame and the tubes fit the lids firmly so bees don’t try to crawl inside. 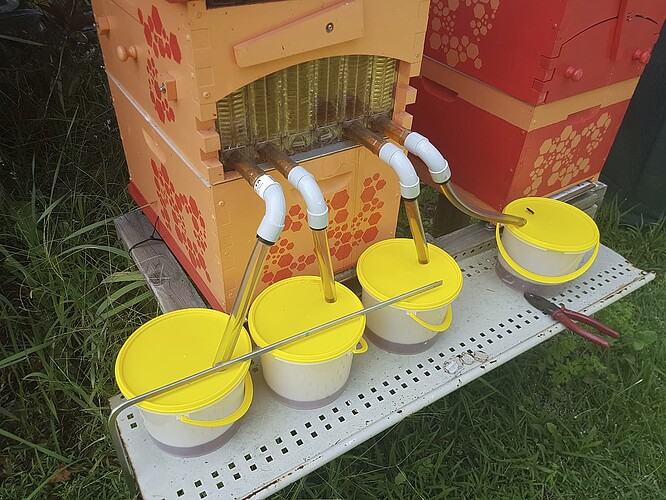 And then came varroa. The first extermination zone was 10 km from Newcastle harbour and I was outside it by a few kms. However, another infestation closer to me extended the zone down to the top of the lake where I live. The DPI came and did their thing. It still upsets me as I write this. 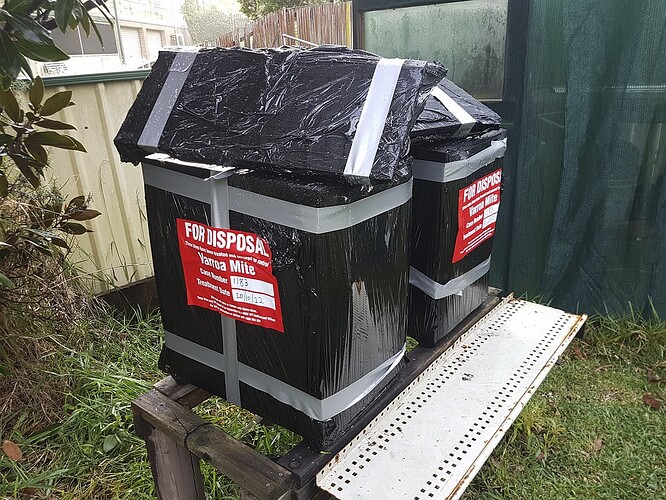 Three weeks later they came for the whole lot, which I believe will go to landfill. 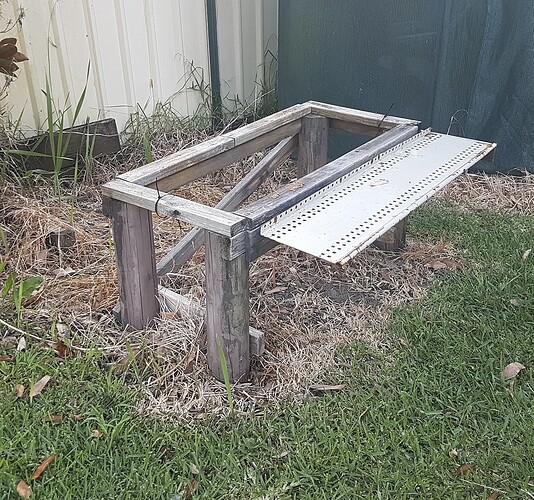 The DPI compensation is $550 per hive. That is almost half the cost of a Flow hive, so when the quarantine order clears the area for beekeeping again I’ll be able to replace one of them. However, that will be at least three years away and could be up to five years.

So I got onto the Flow hive site again and ordered one of their native pollinator houses. Then I got out the paint cans from the original hives. I’ve now got this mini house to put somewhere in the garden. 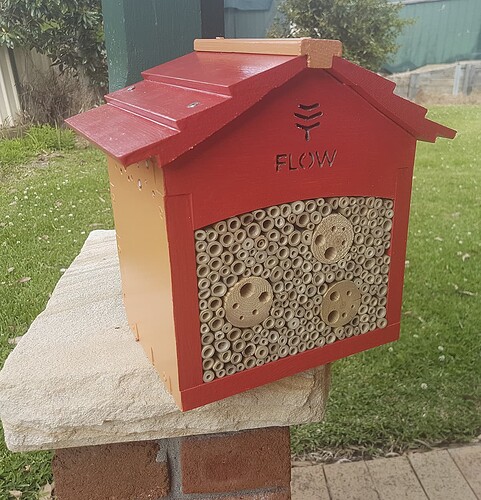 Best wishes to you all out there. I’ve enjoyed the bee journey, both the old style in the 90s and the Flow hive in the last few years.

Thinking of you, and all the other beekeepers impacted. It would be tough and we can only hope these actions will eradicate the mite from Australia again.

Looking forward to hearing your pollination story happening in a different way for a while.

Its a tough time for bee keepers if they slap a big red zone over your apiary. I thought mine in the middle of nowhere at Narrabri would be safe but I lost 20 hives and many years of breeding.

While helping the DPI in the Hunter Valley we always commented on how sad it was but it was absolutely brutal for Flow Hive owners due to the financial loss.

Hopefully the red dot will disappear from your place and you can have another go in future.

It’s one thing to read and think about from afar, but to see your hive wrapped then gone - just heartbreaking. I am so sorry for your and all these difficult losses.

Your Flow hive was beautiful, and so is your little red pollinator hive! It’s a hopeful symbol of your beekeeping spirit and determination. Thank you for this special post, Kim

It’s a shame it wasn’t well enough communicated to many that they didn’t need to lose the expensive parts of the Flow Hive. The DPI only needed to destroy the brood box with a lid and a base. With 48hours notice, you could have removed the super, replaced the roof and base with plywood. You could still have your super with Flow frames, pitched roof and stand. The $550 reimbursement would easily cover a new brood box with bees.

What a lovely start to your story! The set-up and hive looks great!
I’m sad to hear the finish but hope you can get back in the saddle very soon, hopefully without the threat of Varroa.
Best wishes to you Kim and all the other beekeepers facing such devastation.

So sorry to hear your story. If you are needing to delve into a hive please feel free to visit Singleton and lift the lid.

Your hives looks beautiful!
I feel sorry to hear the finish. But my best wishes is with you and with all the beekeepers.