I have another query guys. It is bottom boards.

Screened vs solid, and to muddle things up, every one seems to refer to both as “SBB”.

Are screened, as supplied by Flow a bad idea if beetles are not a problem in that area? Are screened bottom boards, still considered as such when the plastic corflute slider is in place? Or will they be effectively a solid bottom board once they are sealed up?

I’ve been told to ditch mine, but then I have to tilt the hive to harvest. Are they really that bad to use here in the west? The only issue I had so far is some wax moth larvae feasting on the crap that accumulates in the bottom. Never gave them much thought as I assumed they doing me a favour cleaning the corflute and the bees seem to keep them out of the hive.

Just to kick this one off. I’m a fan of a solid floor. The bees of a strong colony will keep it clean. I don’t like a screen floor, even with the coreflute in the top slot. It’s harder for the bees to keep it clean. I don’t like the added ventilation with the coreflute in the bottom slot. The bees circulate air while air conditioning their hive via the entrance. They don’t need added ventilation. I believe that works against them.

I use Apimaye G-type bottom board second year and still believe the thing is very good.

Interesting @ABB. I looked that up and only costs $55. I paid around $140 plus shipping for my spare Flow one and it’s a bit rough. Do the bees manage to keep it clean though?

So @JeffH, you seem to agree with the advice I was given. Do you reckon that a screened bottom board is worth ditching, considering mine is still in pretty good nick? I agree that I do end up with a lot debris on the corflute that bees can’t clean. How serious is this problem?

These are the mistakes one makes when buying equipment without experience.

Do the bees manage to keep it clean though?

I use bottom tray when I want to collect some pollen and during the winter. Bottom board is always perfectly clean. Actually bees polished plastic to a gloss. It easier to keep clean as bees do not need to drag rubbish to the entrance. Just sweep it to the closest hole in the grating and job is done.
However, bees do not have an access to the bottom tray when it is installed. Rubbish accumulates there. In the winter I pull it out every couple weeks to see what is happening there, give it a quick wash and put it back.

Thanks for that info mate. I have to keep that in mind. My corflute is always filthy.

Do you reckon that a screened bottom board is worth ditching, considering mine is still in pretty good nick?

I didn’t ditch mine, I put a perfectly-sized cedar shake right over it that I had lying around. You could even put the coreflute slider on top!

About having to tilt the hive to harvest, not hard to do. Last year my strongest colony did not happen to be sitting on the proper Flow SBB, so I shimmed it up.

Hi @Beethoven, it wouldn’t be right for me to tell you to ditch that bottom board. However you could make yourself a solid bottom board & swap it over just to do a comparison. I make mine with wood I gather from skips on building sites or old furniture I get given to me. I’m also frugal

Here’s some I made last year to replace some old dilapidated ones.

image1035×582 231 KB
There is also some new lids in that pile. They get either a galvanized top that comes from other dilapidated lids put on, or a square lid cut out from old white goods. As you can see from the photo, I don’t even supply the bees with a landing pad. I reduce the entrances later on.

PS. Here’s another video I made just for you @Beethoven. 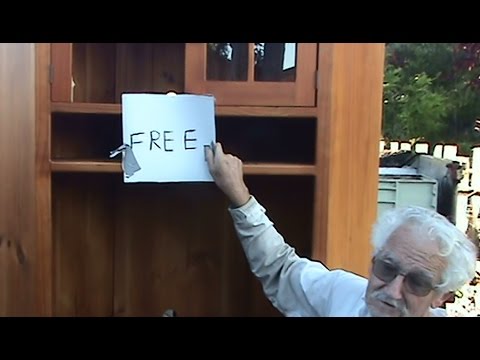 In Europe screened or mesh bottom boards are very common. I believe they were originally introduced as an anti varroa measure (to allow falling varroa to drop out of the hive), but have been kept because they help ventilate the hive. With a mesh flood you dont need any top ventilation in the hive.
Obviously this depends on your local climatic conditions.
As a first measure go with what beekeepers generally use in your area and change from that it you see a benefit.

I didn’t ditch mine, I put a perfectly-sized cedar shake right over it that I had lying around. You could even put the coreflute slider on top!

PS. Here’s another video I made just for you @Beethoven.

You’re not doing these videos just for me right? I have a feeling you’re pulling my leg. : ) I forgive you because I admire your re-purposing ethos mate.

With a mesh flood you dont need any top ventilation in the hive.

So in Europe they leave the mesh floors exposed? I was putting my corflute in the upper slot to eliminate ventilation from the bottom.

I will look for that video, never came across it I think. Thanks again.
It will be our Sunday matinee for today.

Googled it, and pointed me back to this link in this forum, funny. That screen shot looks like something from Monty Python. Will definitely watch it.

Bees in the Blue Mountains (NSW) Connect with Locals

Hi Taryn, I’m confident you’ll be ok with bees from outside your area. There is a fantastic video on Youtube, the title is “The City OF Bees” by the Moody Institute of Science. In that video it shows how beautifully the bees cope with different extremes in outside temps. There’s a little bit of preaching at the start & a lot at the end. Ignore that if you wish, however the information about bee culture is brilliant, I reckon. cheers

With a mesh flood you dont need any top ventilation in the hive.

So in Europe they leave the mesh floors exposed? I was putting my corflute in the upper slot to eliminate ventilation from the bottom.

I leave mine open all year round. The only exceptions are if I want to measure varroa mite drop or in very bad weather.

I leave mine open all year round.

I see you are in Ireland Jim, not the warmest place in Europe. Very interesting you leave your bottom exposed all year because here in a milder climate everyone advised me to do the opposite. And still, Im sure your hives are doing well…

oops, I should edit that second sentence… is there an edit button?

I wouldn’t ditch it. But I’m frugal (tightass), so naturally I’ll use what I’ve been given our have. The flow give was developed in as more temperate climate than ours (think canarvon type weather…).

I’m proud of that myself.

You reckon? They ship worldwide.

I’m gonna sit on it for a while and think what I’ll do next spring. It’s too cold to disturb the hive now anyway.

You blokes are frugal (tightasses) & you bought Flow hives?