Where does one purchase the curved honey extraction tubes?

The flow frames came with the straight tubes for the honey extraction. Where can I purchase the curved tube attachments as show on the homepage of this website. It seems like the curved tubes would work so much better.

Where to get those curved tubes
Extraction using an elbow piece or hose?
Hose and frame cables
Valli February 23, 2016, 9:34pm #2

I had always assumed they were using a larger diameter clear flexible tube (the type you can find at the hardware store) that fits over rigid plastic ones that come with the frames.

Also, it would be good to ensure the tube is food grade otherwise you might change the flavour of the honey./

Tried the flexible tubes but they kink as you bend them into the collection container. The tubes in the homepage photo look to be rigid plastic which connect to the supplied straight tubes.

So a Brewing shop would be the best option

I took the rigid tube to the hardware store and bought a clear flexible plastic tubing with the exact same outside diameter and I use that instead. 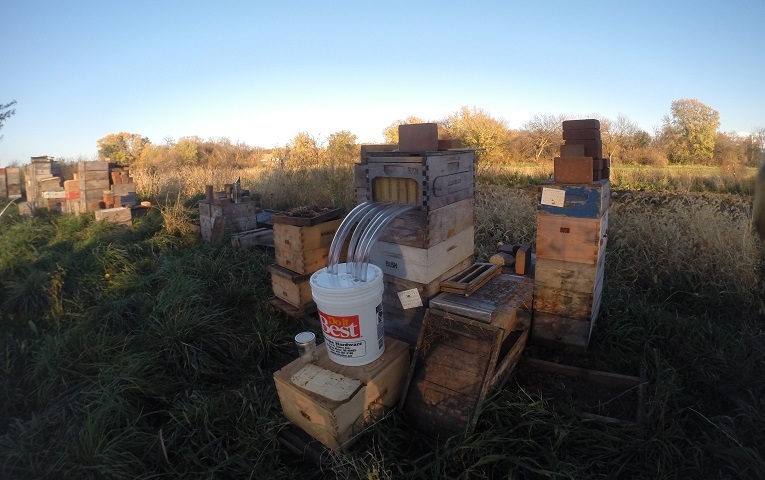 @Kenh Where are you? In Australia, I got my clear flexible food grade clear tubing from a Clark Rubber store. From memory, I searched at my two local hardware stores and they did not carry food grade tubing.

My flexible tubes are still pretty firm and as long as the angle from hive to bucket is not too severe, I do not get any kinks. Same as in Michael Bush’s photo above.

If you are in Australia, I found these food grade tubes at Bunnings.

This one i bought was 25mm diameter by 90cm long and fits perfectly over the Flow Hive tubes. It is probably enough for 2 or 3 tubes to a bucket from the frame. There is also a longer one.

I also got a 5L food grade bucket there (link) but you can probably get these at your local bee keeping store too. 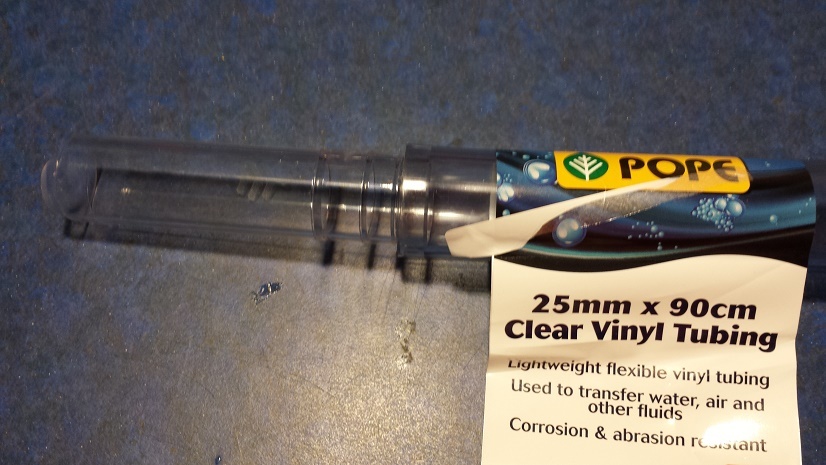 Seems like the manifold would make it more difficult to drain only one or two frames, Do you usually wait until all 6 frames are ready before extracting?

I can always use the provided tubes to do one frame, but, yes, I would more likely be doing all six at once.

Were your’s food grade tubes? I have looked everywhere local, and the only ones I could find that fit were now - and had cancer warnings on them.

cancer warnings on them

I have worked in medicine and medical research for years, and my conclusion is… Life is Carcinogenic. Actually I prefer to say that, “Human life is a terminal sexually transmitted disease”, but perhaps that is too Gaia…

If you want to go food safe, find a local brewery supply store and buy 1" or 24mm internal diameter tubing from them. I am sure they will have it.

You’re right, this world has become very carcinogenic. That is why I try to do what I can to avoid it if I have a choice, because all to often we do not have a choice.

I think I have found something online - that I can buy local. I figured there had to be something out there, doesn’t hurt to ask. Thanks for replying!

Hardware stores have plastic tubing rated for drinking water. That will do. You won’t be storing the honey in it, just moving it along.

We do have a remarkable hardware store nearby. One of the two best I’ve seen on the planet… and they had it in stock, but I also found it online when I looked for it. It is plastic and all of that is probably labeled in California as carcinogenic… My guess is that it is used for water and milk. I haven’t meaured it lately and this may or may not be the right size, but something like this: 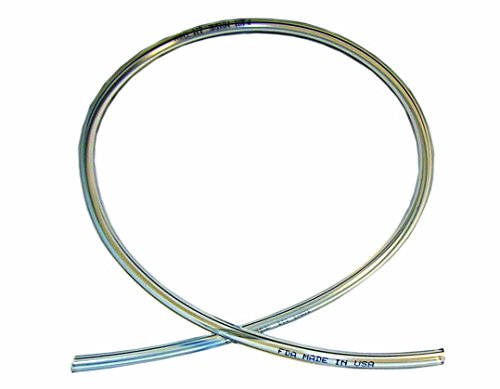 ATP Vinyl-Flex PVC NSF 61 tubing is suitable for general low-pressure industrial applications for the conveyance of liquids and semi solids. It also complies with FDA regulations and is NSF 61 complia ...

I just also remembered. A marine supply store will have it prolly. West Marine in the US is a good place to look.

Michael that is so awesome. Question. The straight tubes that come with the frames have a bit of a lip on them to prevent honey from getting into the bottom of the frame. These tubes would not have that lip. Was it an issue?

These tubes would not have that lip. Was it an issue?

I did not notice any issue. They went in pretty far. The bigger issue was to not jostle anything from when you open the tap until it’s done draining or the tubes might pull out…

The absence of the lip will increase the volume of drip into the hive. I would use a hose that fits around the included tubes.